Who Makes The Slingshot Car? 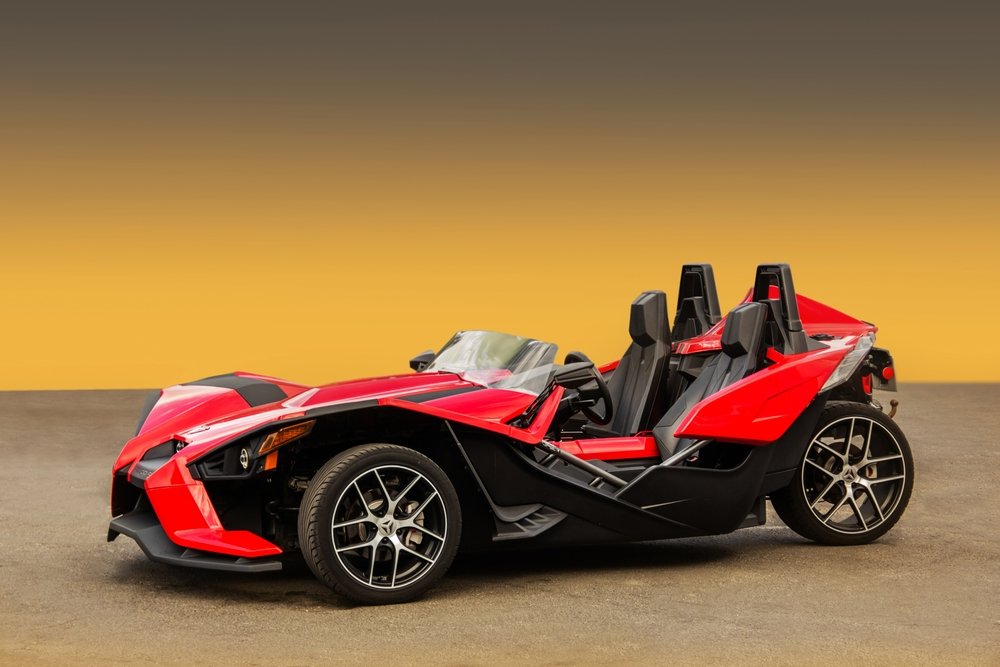 The Brand Behind the Slingshot

Other Vehicles Offered by Polaris

Drive a Slingshot in Daytona Beach

The Slingshot draws attention wherever it goes. A big part of this is due to the fact that it looks like nothing else on the road today. It’s a convertible, which is already pretty rare. It has a low, aggressive stance. That makes it stand out as well. Most definitely, the thing that makes the Slingshot incredibly unique is the fact that it has three wheels, not two like a motorcycle or four like a traditional car.

The way a Slingshot looks leads to a lot of questions. Whoever created this three-wheeler is certainly bold, daring, and creative. Who makes the Slingshot car? Let’s answer that question right now.

The Brand Behind the Slingshot

The Slingshot is built to turn the open road into your greatest adventure yet. Who created this masterpiece? The Slingshot is a three-wheeled autocycle made by Polaris. Polaris released the first edition of the model in 2014 as a 2015 model. It’s popularity has boomed since then.

Other Vehicles Offered by Polaris

Other than the Slingshot, Polaris is also well known for manufacturing off-road vehicles. Their lineup includes side-by-sides, ATVs, and single-seat vehicles. These off-road vehicles take you where others can’t, from the remote hunting stand covered in snow to the dunes in the desert sun and anywhere in between.

Their Ranger has been the number one UTV for farmers, hunters, and rural homeowners for decades. For fun off the beaten path, you’re looking for the Sportsman. Don’t forget about the General, the perfect off-roader to get you to your favorite fishing spot.

When you realize what a thrill-seeking brand this is, it’s no wonder they eventually evolved to create the Slingshot. If you’re not satisfied with the ordinary, there’s something made by Polaris that is sure to be just right for you. It’s that passion that makes the Slingshot ideal for you!

Drive a Slingshot in Daytona Beach

The Polaris Slingshot looks, sounds, and drives like nothing else on the road. These vehicles are as unique as you are, serving as the ultimate platform for self-expression. Get in and make your mark on the open road. Polaris calls that the “Slingshot effect!”

Slingshot adds a unique element of fun to every drive, particularly in a city as fun as Daytona Beach. If you’re ready to leave four wheels behind, Dream Rental makes that possible. You can rent a Slingshot to drive around the Daytona Beach area for a few hours, a few days, or your entire vacation. The choice is yours. Once you get behind the wheel, you won’t be asking “Who makes the Slingshot car?” you’ll be asking “Can I keep it?”